The World Cup in Qatar has divided the Champions League into a sprint and a marathon during this unusual season for European soccer. 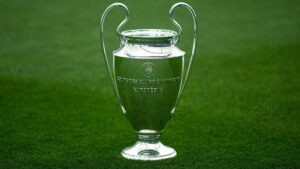 The group stage begins on Tuesday and concludes on November 2 after six rounds of games are squeezed into eight full weeks.

The World Cup, which will be held in Qatar from November 20 to December 18, will prevent top-tier European soccer from being played. This will cause congestion.

Pep Guardiola: Winning the Champions League is ‘not obsession’

This time, Champions League matches are played frequently over the course of three consecutive midweek sets to finish the groups before many players are called up for national team duty.

With two games by September 14 to set the tone in each of the eight groups, the Champions League offers no reprieve for teams struggling to start in domestic leagues.

Even in a typical season, when the Champions League round of 16 pairings would be announced in mid-December, club executives at the draw at UEFA headquarters would refuse to brag about being paired with an opponent who was then performing poorly domestically.

The competition’s midseason break, which will last more than three months, provides plenty of time to reflect but little opportunity to make amends according to the schedule. The Champions League will resume on February 14 with a knockout phase that will last for almost four months.

FIFA Have Confirmed The 2026 World Cup Host Cities And Venues

Since the first European Cup title was decided on June 13, 1956, the final on June 10 is the latest ever planned (with the exception of the 2020 season, which was postponed due to the COVID-19 pandemic).

All told, there will be a 59-day group stage followed by a 220-day wait until the trophy is presented in Istanbul.

One of the unique challenges of this unheard-of schedule is how a team can maintain form between the two phases.

For many important players, the World Cup represents a significant midseason commitment, and the January transfer window, when teams can restock their rosters, is expected to be more unpredictable.

The demand for underappreciated players who shone on the international stage frequently drives trading during the first trading period following a World Cup. The big picture seems far away no matter what stories the Champions League tells in this group stage starting on Tuesday.

UEFA draw and everything you need to know, two rematches of recent Champions League finals

5 players to keep an eye out for in Chelsea vs. Manchester United | Premier League 2022-23