The desire to compete for titles this season will be intense among Chelsea’s new owners. 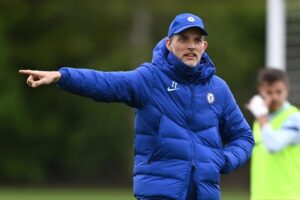 The goal for Thomas Tuchel‘s team is to make sure they advance this season after losing ground in the Premier League title battle last year and being eliminated from the Champions League in the quarterfinals.

The Blues have had a difficult start to the season despite adding five players so far this summer in the form of Raheem Sterling from Manchester City, Kalidou Koulibaly, Marc Cucurella, Carney Chukwuemeka, and Gabriel Slonina.

but beyond that Chelsea are far from finished; more fresh faces are probably on the way to Stamford Bridge.

But who could arrive and strengthen Tuchel’s team in the coming days?

Despite errors seeping into his game, Edouard Mendy is poised to keep his role as Chelsea’s number one, while Koulibaly and Thiago Silva’s experience will be a significant influence at the back. 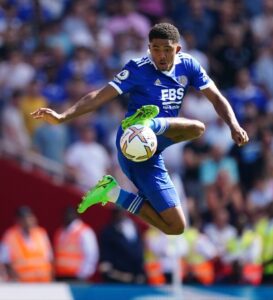 However, they may be joined by Leicester City player Wesley Fofana, who has voiced a desire to leave the King Power Stadium having received multiple high-value bids from Chelsea.

The kind of strong foundation that Chelsea needs if they are to succeed this season is provided by N’Golo Kante and Jorginho, but things might completely shift in the attacking third. 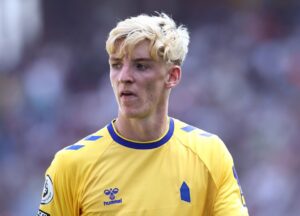 Mason Mount is one of the team’s most dependable players, but with Chelsea reportedly making many offers for Everton prodigy Anthony Gordon, his position in the lineup may be in jeopardy. 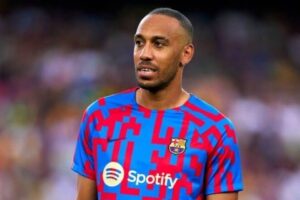 With Pierre-Emerick Aubameyang still a top priority for the west London club, Sterling is certain to be a regular starter for the Blues and might be partnering with a familiar face in the Premier League.

The former Arsenal star is free to leave Barcelona this summer, and given Chelsea’s desire to recruit a new number nine, he might be the focal point of an all-new front.

How Chelsea’s starting lineup might appear at the conclusion of the summer transfer window. 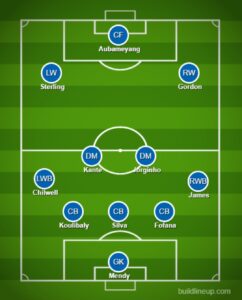 Is this starting lineup capable of unseating Man City and competing for Champions League glory?