But what they didn’t sort at the beginning of the campaign was a goalkeeper, and Kepa Arrizabalaga had another few bad matches.

However, Chelsea did manage to get their man, Edouard Mendy, a player that maybe many Blues supporters were not that aware of.

While Chelsea were bringing in all the attacking talent in the summer, there were question marks over whether or not they had done enough to strengthen the defence. 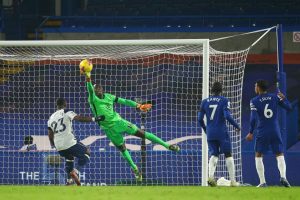 “I have a feeling.” – Mendy reveals Kante’s 2020/21 Champions League prediction

“I don’t know where he goes from this performance.” – Thomas Tuchel speaks on Saul’s half-time substitution in Chelsea’s victory over Watford

“Always giving me good advice.” – Tariq Lamptey says he learned a lot from Reece James during his time at Chelsea

All latest News from Chelsea Football Club including live match coverage, transfer news, team news, comment, pictures and video. Photos used in our page belong to their respective photographers, we do not own any of them, if you want any photo taken down contact us
Contact us: [email protected]
© 2021 cfcloverslondon.com