Chelsea will be trying to bounce back after being thrashed 3-0 by Leeds United last weekend when Leicester City visits. 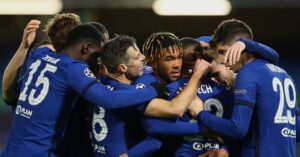 So far this season, they have not been remarkable.

Chelsea and Leicester City meet this afternoon at Stamford Bridge, with both clubs having had poor openings to the current Premier League season.

The Blues have only accrued four points from their first three games, while the Foxes have only managed one draw, placing the two teams in positions 12 and 19, respectively.

How should Chelsea line up against Leicester City to forget about last weekend?

However, both teams could do without the interruptions given that they had only managed one victory in their first triple-header.

After a 1-0 victory at Everton and a lead over Tottenham Hotspur up to the extra period of their London derby, everything appeared to be going Chelsea’s way.

However, despite Thomas Tuchel’s protestations to the contrary, his rivals’ last-gasp equalizer was followed by a 3-0 thrashing at the hands of Leeds United. 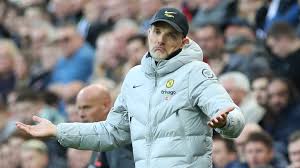 Although Tuchel is expected to add three more players to his first-team roster in the next week, this Chelsea side still appears to be in transition and has yet to find a solution to their goal-scoring problems.

While injuries in midfield have hampered them, this cannot be used to justify Kai Havertz’s lack of impact in the final third, with only Raheem Sterling delivering to his potential in that part of the game.

Leicester, on the other hand, has relied heavily on James Maddison, who has scored in each of their games against Brentford, Arsenal, and Southampton.

However, eight goals have been given up at the other end, which poses a threat to everything Leicester produces moving forward as they attempt to climb out of the bottom half of the standings.

The East Midlands team must find a solution, even if it means accepting a little reduced amount for Fofana, in order to prevent a situation where Brendan Rodgers has rush to find a suitable replacement in the transfer market.