Presently, Chelsea and Barcelona may be able to work out a part-exchange deal for Aubameyang and Marcos Alonso 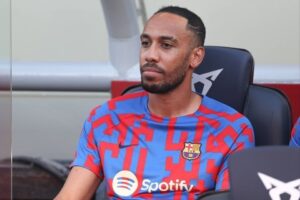 The looming close of the transfer window in less than 24 hours looks to have finally motivated all parties to complete not just the Pierre-Emerick Aubameyang transaction but also the Marcos Alonso one after weeks and weeks of sputtering and running in circles.

Gianluca Di Marzio claims that they will actually be completed as a single transaction, a part-exchange with “an adjustment” (payment) in Barcelona‘s favour.

Of course, this has been said previously, with the alleged “adjustment” costing about £15 million at the time. Barca rejected that, preferring a direct cash transaction instead, but Chelsea hasn’t shown much interest in that, especially given that Alonso is still idly waiting at Cobham.

This version of the deal has always made the most sense, even after accounting for the rarity and additional difficulty of “trading” in European football, so hopefully we can find a solution.

Aubameyang may be out for a few weeks as a result of the assault he experienced during the recent armed robbery and house invasion, but he intends to be back in no time, scoring for whichever team he ends up with this season!